A Catholic School which champions each and every student

A Catholic school that champions each and every student.

We know and care for all,

we teach our students well

and have high expectations in all we do. 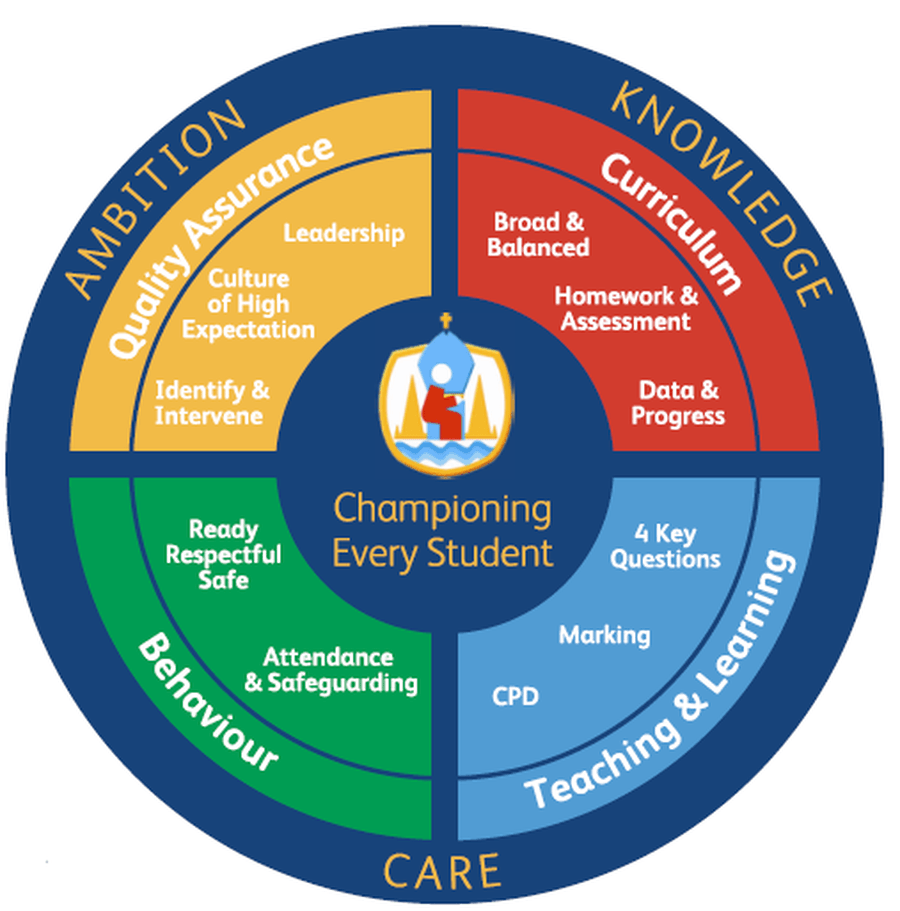 Our wheel of ambition and achievement

helps visualise the key elements that underpin our vision.

The Jesuit Pupil Profile has been developed by the schools of the British Jesuit Province as a successor to the Jesuit School Leaver Profile published in 1995. The archdiocese of Birmingham has adopted this profile for its schools and here at St. Gregory's we use the profile in a number of ways to build character.

The aims in creating the Jesuit Pupil Profile (JPP) have been:

The Jesuit Pupil Profile proposes eight pairs of virtues that sum up what a pupil in a Jesuit school is growing to be:

Grateful for their own gifts, for the gift of other people, and for the blessings of each day; and generous with their gifts, becoming men and women for others.

Attentive to their experience and to their vocation; and discerning about the choices they make and the effects of those choices.

Compassionate towards others, near and far, especially the less fortunate; and loving by their just actions and forgiving words.

Faith-filled in their beliefs and hopeful for the future.

Eloquent and truthful in what they say of themselves, the relations between people, and the world.

Learned, finding God in all things; and wise in the ways they use their learning for the common good.

Curious about everything; and active in their engagement with the world, changing what they can for the better.

Intentional in the way they live and use the resources of the earth, guided by conscience; and prophetic in the example they set to others.

We have developed a tag-cloud style image which can be used (especially with children) to discuss the virtues of the Jesuit Pupil Profile. The image is in the form of a tree, drawing on the parable of the mustard seed (Mark 4:30-32). The pairs of virtues are colour-coded and this colour coding is used in the Jesuit Pupil Profile printed leaflet. 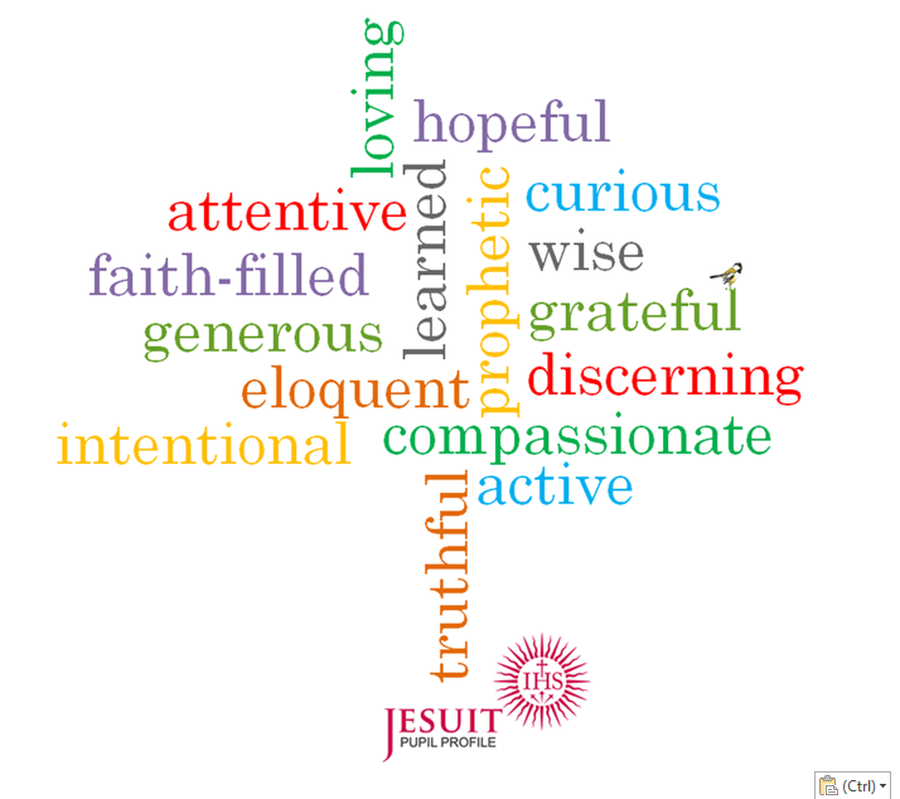 The DfE guidance advises that the fundamental British values which schools should promote are:

'We are part of the Pope Francis Catholic Multi Academy Company'

We use necessary cookies to make our site work. We'd also like to set optional analytics cookies to help us improve it. We won't set optional cookies unless you enable them. Using this tool will set a cookie on your device to remember your preferences.

Necessary cookies enable core functionality such as security, network management, and accessibility. You may disable these by changing your browser settings, but this may affect how the website functions.